Raise your hand if you predicted back in August that the Buffalo Bills would be 5-2 and just half-a-game back of first place in the AFC East. Anyone? Certainly not many did, but that’s exactly what the Buffalo Bills are after 8 weeks and 7 games. It’s been a crazy season for the Bills, and each week they seem to take in whatever the next challenge is with open arms. This week they welcomed the Raiders into a cold and rainy New Era Field. Buffalo handled the Raiders easily by a score of 34-14, and looked great in doing so. The highs were certainly more plentiful today than the lows, but let’s take a look.

High: The D Balled Out

This maybe isn’t much of a surprise to anyone anymore, but this defense is scary good. They often times give up quite a bit in the passing game, but when it comes to the run game and forcing turnovers, this team is like no other. I could not tell you a play where the Bills tenacious D wasn’t attacking the ball, scratching, punching, and fighting for fumbles and interceptions. The story was no different today, as Buffalo forced 4 turnovers, including 2 interceptions and 2 fumble recoveries, one of which went for a TD. Sean McDermott and Lezlie Frazier has this defense playing aggressive and angry, yet very composed, which can only spell success for Buffalo.  Buffalo’s turnover differential is now a +14, which is good for best in the league.

Low: The D Can Give Up Points Fast

This might be nitpicking, but in reference to a fellow Buffalo Authority writer, Michael LaFave, the Bills give up points 55% of the time after picking up points of their own. In addition, the Bills can often give up points fast as well. Today, the Raiders put up 2 touchdowns on the scoreboard. In the grand scheme of the game, it didn’t affect much, but it can certainly pose an issue if the game is close. In each of those 2 TD drives, Buffalo gave up a rather easy touchdown within just a few minutes from the start of each drive. The defense can find themselves in hot water by giving up quick passes and medium-sized chunks of yardage, and if the game is close, it could eventually cost them. Buffalo needs to make teams earn their touchdowns and continue to shut down opponents.

High: The Run Game Is Hot

Shady didn’t start off as fast as he would’ve liked this season, or even in this game. Nonetheless, LeSean McCoy broke free in the 2nd half, and it couldn’t have come at a better time. LeSean put up 173 yards on 33 touches today, including a long 48 yard touchdown run to seal the game for Buffalo. LeSean looks like he’s back to his old form, which is amazing news for the Bills. With Shady running on all cylinders, the Buffalo Bills have a chance for some explosive plays as well as sustained drives on the offensive side of the ball. 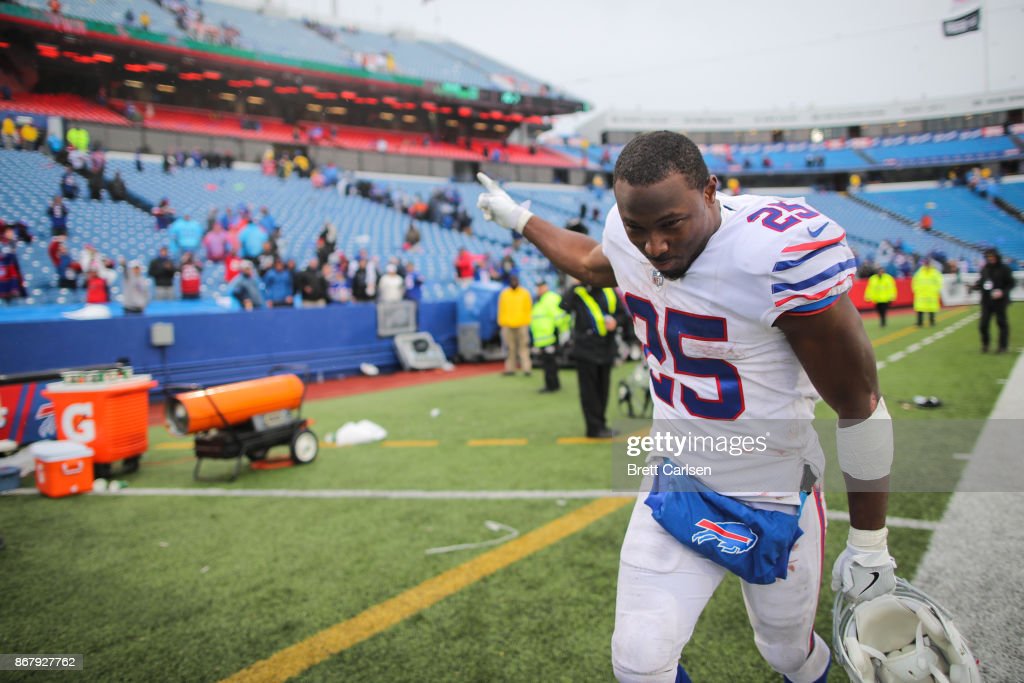 This low for me is a rather small point, especially with the way that the offense played. They moved the ball relatively well, didn’t turn it over, etc. Tyrod Taylor has never been strong as a pure pocket passer, and we’ve seen that time and time again. Today though, Tyrod Taylor was often times put on 3 step dropbacks, something that he does not perform well with. Tyrod loves to roll out of the pocket on play action and bootleg plays. We didn’t see much of that, which is concerning. Every game is different, and Oakland did do a great job of containing Tyrod, as he only had 1 rush yard today, BUT; you’d like to see them get creative to put Tyrod in the best position to succeed. In addition, Buffalo needs to cool it with the stretch plays on 3rd and medium. They don’t work very well.

High: Next Man Up

Buffalo came into today’s game with the fear of their banged up secondary being exposed. Both Poyer and Gaines were out for today’s contest, and many thought it would be costly. The result was the complete opposite. Leonard Johnson played a big-time game today playing his receiver well and coming up with 6 tackles as well as adding a forced fumble. In addition, Trae Elston, Jordan Poyer’s backup filled in his shoes nicely, leading the team with 11 tackles, some very hard hits and even an interception of his own. Matt Milano, the rookie replacement for Ramon Humber, also had an amazing game, putting up a TD off a fumble recovery as well as forcing another fumble. The Bills preach the next man up mentality, and the defense didn’t even lose a step with the absence of their big name players.

Buffalo played a complete game of aggressive yet composed football, and it certainly paid off. They are always fighting and will continue to fight for weeks to come. Buffalo is now 5-2 on the season and will come off a short week on this Thursday night to take on the Jets for a key AFC East matchup in which they can further assert their role as a contender in the AFC. Expect some players to get healthy for that TNF matchup and a potential Bills win. Trust the process! Thanks for reading, and as always, Let’s Go Buffalo!